Being inspired and motivated by her father, Rajvaidya Amichand Patel (Ph.D., M.S., and B.A.M.S.) and mother Vaidya Lakshmi Patel (B.A.M.S.), Rajashree pursued her career in Ayurveda and obtained a B.A.M.S. degree and became a qualified Ayurvedic doctor. Later on, Rajashree joined her parents in Ayurvedic practice in Rajshyama Ayurved Hospital, Gujarat.

For Rajashree, Ayurveda is in her gene as she is very fortunate to have parents, who are devoted and so passionate about Ayurveda. She had an opportunity to practise with her father in his Ayurvedic Hospital in India and worked under his expert guidance. She gained vast knowledge of Ayurvedic practice by practising in a traditional environment.

Since 2004, Rajashree has been practising with the same enthusiasm and passion as an Ayurvedic Practitioner in North West London area. Rajashree is a registered member of the Ayurvedic Practitioners Association UK. Ayurveda is a science of life and she firmly believes and practises it in her personal life. She offers Ayurvedic Consultation, Treatments, Yoga and Diet advice. 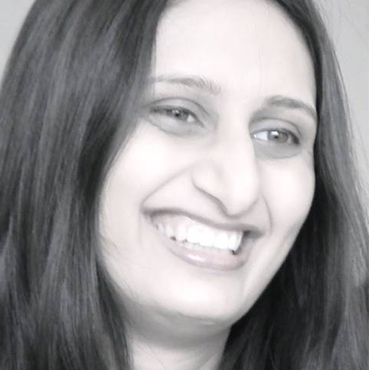 According to Ayurveda health is a seamless state of balance among the bodies three fundamental energies or doshas (Vata, Pitta and Kapha) and equally vital balance among body, mind and the soul. Rajashree, being an Ayurvedic practitioner, uses a well-balanced diet, lifestyle advice, therapeutic treatments and several herbal remedies to bring the body back to balance.
Three doshas- this is the Ayurvedic way of categorising the body's three basic energy types: Vata, Pitta and Kapha.

It is related to space and air, which governs all forms of movements in the body. Space and Air are light and easily moved with little resistance

It has a quality of fire and water which relates to transformation.

In other words, Ayurveda is not simply about taking a herbal formula and waiting for the results. Instead, Ayurveda encourages you to be an active participant and involves you in your own journey toward healing. This involves learning about your relationship with the elements and the unique combinations they create called doshas (vata, pitta & Kapha).

The traditional Hindu system of medicine (incorporated in Atharva Veda, the last of the four Vedas), which is based on the idea of balance in bodily systems and uses diet, herbal treatment, and yogic breathing.

At its root, Ayurveda is a holistic tradition and way of living that can help each of us to claim and celebrate our capacity for wellness. Ayurveda can support us:

In other words, Ayurveda is not simply about taking a herbal formula and waiting for the results. Instead, Ayurveda encourages you to be an active participant and involves you in your own journey toward healing. This involves learning about your relationship with the elements and the unique combinations they create called tri-doshas (vata, pitta & Kapha).

A brief history of Ayurveda


Ayurveda is considered the “mother of all healing sciences.” It is the profound, vast, ancient wisdom that teaches us how to live lives of balance. In the Indus Valley, an advanced culture flourished, it is from this region that the Vedas emerged – where the wisdom of Ayurveda was born.

Ayurveda has long been acknowledged as an integral part of India’s health system and as an important part of its national heritage. Medical systems such as Ayurveda are embedded in the knowledge and availability of medicinal plants and herbs are a significant component of modern alternative medicine and play an increasingly crucial role in modern cultures. This understanding of medical processes has been passed down from generation to generation and has been modified along the way with the disclosure of scientific research.


Since Ayurveda is deeply fixed in spirituality and prescribes a holistically and healthy lifestyle. There has been an increase in people practising their principles around the world. Yoga and meditation have widely spread around the world and is steadily gaining popularity. Ayurvedic-based massages are offered in spas and many people benefit from such services. Ayurveda's influence is steadily seeping into societies internationally. Not only does Ayurveda provide health benefits but it also offers a positive economic impact.

The World Health Organization (WHO) recognised Ayurveda’s relevance and importance to the modern medical field within the context of India during the International Conference on Primary Health Care (also known as the Alma-Ata Declaration of 1978). The WHO acknowledged the role of traditional, alternative and complementary systems of medicine in health sectors for both developed and developing countries.

With the slogan “Health For All”, WHO outlined the Traditional Medicine Program, which is defined as the “knowledge, skills, and practices of holistic healthcare, recognized and accepted for its role in the maintenance of health and the treatment of diseases. It is based on indigenous theories, beliefs, and experiences that are passed on from generation to generation.” WHO continues to encourage the preservation and promotion of the traditional medicine of each country. 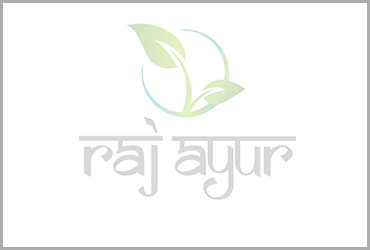 Free delivery on all orders above £25